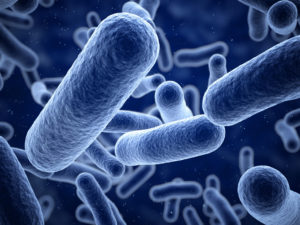 First off, it’s important to give you an understanding of what oral lichen planus (OLP) is. According to the National Institutes of Health, OLP affects between 1% and 2% of the American population. This doesn’t sound like a large number, but the reality is that millions are suffering from this disease.

OLP is actually a chronic inflammatory disease that causes bilateral white striations (or patches), papules (similar to pimples or red swelling), or lesions on the mucosa, tongue, & gingivae. The disease may not be passed from one person to another. It is an autoimmune disorder in which the body is tricked into attacking itself so as to fight off cells of oral mucous membranes as perceived threat.

OLP may present itself in one of three forms: reticular form, bullous form, or erosive form. The reticular form is the most common form of this autoimmune disease, but all 3 forms are painful. All 3 forms also happen to very treatable.

Oral lichen planus has received a fair amount of attention over the years with decades of studies performed that all point to one thing: that OLP actually represents a type of allergic reaction to the metals specifically contained in dental amalgam. Studies have also shown that those who have been diagnosed with oral lichen planus & have had their amalgam fillings removed will heal.

We Believe Metal Doesn’t Belong in the Mouth.

We stress it all of the time: our belief that metal simply does not belong in our mouth (link to existing blog post). Research continues to reveal the harmful vapors of mercury in damaging our bodies, causing us unnecessary pain & discomfort that often affects our quality of life. An option to consider: replacing metal fillings with biocompatible alternatives. ☺