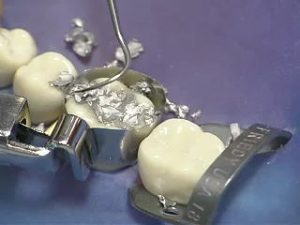 It is important that when you remove your amalgam fillings, you choose a dentist that can perform the procedure without extra exposure to the mercury in the fillings. When drilling to remove the fillings, the resulting dust will carry mercury, so taking the precaution to reduce any contact with the mouth or skin is just as important as having the fillings removed.

When removing amalgam fillings, they are usually replaced with composite bonding. Composite fillings are a great alternative because they can be matched to the color of your teeth, and they are made of synthetic resin. These fillings are safe and will not release the toxic vapors inherent to amalgam fillings.