Hmm… What About BPA?

Dr. Harvey Karp, a pediatrician who is known for his popular series “The Happiest Baby” has directed his attention to BPA, otherwise known as Bisphenol A that was invented over 100 years ago in the manufacturing of plastic water bottles, baby bottles, and other plastics.

Here’s what Dr. Harvey Karp has to say about BPA:

“You’ve heard of BPA, that’s an endocrine disrupting chemical. BPA was first created to be an estrogen. Then they found they could put it into plastics. Every single one of you have BPA in your bodies just from all the exposure you have. You have phthalates, which are plastic parts, as well which are in every new car…things like that. All of those have a hormonal effect and there are dozens of others; all different classes. The weird thing is that hormones are signalers, they tell cells ‘Do this, don’t do that’ and what can happen is these hormonally active chemicals make it into the brains of young babies or even before birth and shift the brain’s development.”

Some History on BPA

Research has already made a few notable discoveries that should not be ignored. In 2009, studies showed that BPA was seeping out of baby bottles and infant formula cans and into the brains of these children. As a result, many states have banned the use of BPA in children’s products, but have found a replacement known as BPS.

Turn to BPA & BPS-Free Products Just to Be Safe

We always emphasize it’s better to be safe than sorry. If any chemical must be questioned as to whether or not it is safe for our bodies, then we urge you to just stay away from it – especially if there are safer alternatives.

• Stay away from plastic containers marked #7. These are BPA-free products that utilize BPS instead, which is cause for concern.

• Stay away from canned fruits and vegetables because the cans could be lined with BPA and BPS.

• Opt for silicone storage products that have no trace of BPA or BPS. 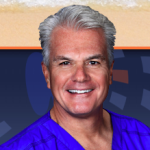 Here at BioDental Healing, we don’t believe questionable chemicals belong in our mouth or our body, which is why we steer clear of the use of metals, fluoride, and BPA in all of the products and services we provide. Learn more about our BPA free dental fillings and Dr. Villarreal’s renowned amalgam filling removal process.

This entry was posted in Holistic Dentistry and tagged bisphenol a exposure in children with autism spectrum disorders, bpa linked to autism, bpa plastic and autism. Bookmark the permalink.