Which Organic Vegetables Are the Dirtiest and Cleanest? 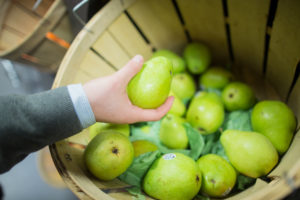 People are increasingly looking for everything organic, from toothpaste and cosmetic products to foods and drinks. As scientists and the media continue to expose the health and environmental risks of pesticides used in traditional farming, consumers are getting picky about the items they include in their recipes – rightly so!

In this regard, the Environmental Working Group (EWG) releases a list of the “Clean Fifteen” and “Dirty Dozen” every year, outlining the “cleanest” produce that is least contaminated by pesticide use, and the “dirtiest” produce that is believed to have the most exposure to pesticides, respectively.

The EWG produce ranking system is based on the results of approximately 51,000 tests for pesticides on produce gathered by the US Food and Drug Administration and the US Department of Agriculture between 2000 and 2005.

Should the Dirty Dozen be Avoided?

Definitely not! The list comprises fruits and vegetables that make a much healthier diet compared to processed foods. Furthermore, non-organic processed foods contain plenty of chemicals. So, the list should act as a guide for you to make organic purchases for those items.

Organic foods are claimed to be much healthier and safer than non-organic foods because they are not produced with chemicals, including pesticides, fungicides, and fertilizers.

However, many people continue to purchase non-organic foods because they’re seemingly cheaper. What they fail to observe is that these foods demand more from the earth than they can produce, plus the long-term ingestion of chemicals used in production is associated with certain health complications.

Besides these abstract factors, non-organic foods are also associated with tangible variables, like subsidization of industrial agriculture by the government or the relative comfort of the population with foreign investment in commercial agriculture.

Making the Switch to Organic

Considering that the high cost of organic foods is one of the most prohibitive factors for their consumption, it is best that you make the switch gradually. We challenge you to consider home gardening to produce your own foods in the dirty dozen list, combined with some careful meal planning and food preservation to counteract the high cost of organic food purchases.

This entry was posted in Biological Dentist and tagged clean fifteen 2016, dirtiest fruits and vegetables 2016, what to buy organic and what not. Bookmark the permalink.